PHOENIX, April 23, 2018 /PRNewswire/ -- More than 300,000 people have signed-up to join the fight against Alzheimer' disease. People from around the globe join the Alzheimer's Prevention Registry to learn the latest in research developments and scientific advancements, and have the opportunity participate in studies aimed at preventing the disease. 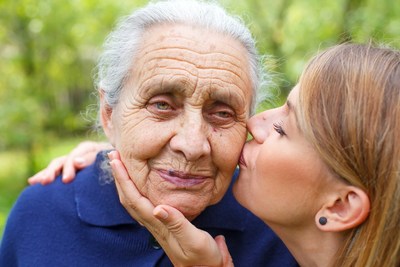 Established by Banner Alzheimer's Institute (BAI), in collaboration with partner organizations and leading scientists, the registry works to accelerate prevention research by establishing an online community of healthy individuals who are committed to fighting the disease. The platform also shares the latest developments in Alzheimer's prevention research to those registered and connects those who may be interested in participating in studies with scientists in their community.

"Will one of the promising treatments to prevent Alzheimer's symptoms actually work? With 300,000 wonderful volunteers engaged in the fight against Alzheimer's, we have an unprecedented chance to find out," said Eric Reiman, MD, BAI Executive Director.

Nearly 80 percent of studies brought to communities fail to meet required recruitment goals because of varying factors. "This is why it's incredibly important to build a large, diverse community to support research," said Reiman. The creation of the Alzheimer's Prevention Initiative in 2011, which includes the registry, brought a new era in prevention research.

The registry also notifies members about research opportunities taking place in their community and how to participate if they or someone they know may be interested. Anyone 18 or older with an interest in the fight against Alzheimer's can join the registry.

Since the launch of the Alzheimer's Prevention Registry, 60 studies have seen support in their recruitment efforts. Currently 29 studies are actively recruiting, and more volunteers are needed for surveys, studies and trials.

Alzheimer's remains the only disease among the top 10 causes of death that has no cure or treatment, the registry is urgently pushing to accelerate the pace of much-needed research by recruiting members in the United States and internationally. Nearly 6 million Americans are living with Alzheimer's, a debilitating and incurable disease. Without the discovery of successful prevention therapies, the number of U.S. cases is projected to nearly triple by 2050.

For more information, or to sign up, visit the Registry at www.endALZnow.org.

About Banner Alzheimer's Institute
Through its research and care, Banner Alzheimer's Institute is dedicated to the goal of ending Alzheimer's disease without losing another generation. Founded in 2006 by Banner Health, one of the country's largest nonprofit health care systems, BAI has a three-fold focus: to conduct revolutionary studies in the detection, treatment and prevention of Alzheimer's; to set a national standard of patient and family care; and to forge scientific collaborations that bring together institutions and disciplines internationally. For more information, visit www.banneralz.org.

About Alzheimer's Prevention Initiative
The Alzheimer's Prevention Initiative (API) is an international collaborative research effort formed to launch a new era of Alzheimer's prevention research. Led by the Banner Alzheimer's Institute, the API conducts prevention trials in cognitively healthy people at increased genetic risk for Alzheimer's disease. It will continue to establish the brain imaging, biological, and cognitive measurements needed to rapidly test promising prevention therapies and provide registries to support enrollment in future prevention trials. API is intended to provide the scientific means, accelerated approval pathway with the cooperation of the regulatory agencies, and enrollment resources needed to evaluate the range of promising Alzheimer's prevention therapies and find ones that work. For more information, go to www.banneralz.org.

If you have reached this screen, your current device or browser is unable to access the full Banner Health website. To see the full site, please upgrade your browser to the most recent version of Safari, Chrome, Firefox or Internet Explorer. An update is not required, but is strongly recommended to improve your browsing experience